On November 2nd, the U.S. Census Bureau announced the following residential vacancies and homeownership statistics for the third quarter 2021: 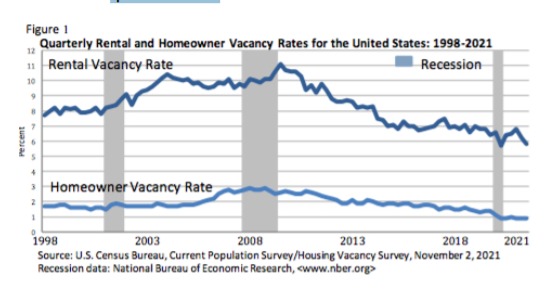 According to the University of Michigan’s Consumer Survey Center, consumer sentiment remained virtually unchanged, gaining just 0.3 index points, and just 0.1 index points above the average in the past two months, and only 0.1 index points below the April 2020 low.

“The positive impact of higher income expectations and the receding coronavirus has been offset by higher rates of inflation and falling confidence in government economic policies. Consumers not only anticipated the highest year-ahead inflation rate since 2008 in the October survey, consumers also expressed greater uncertainty about the year-ahead inflation rate than any time in nearly 40 years.” 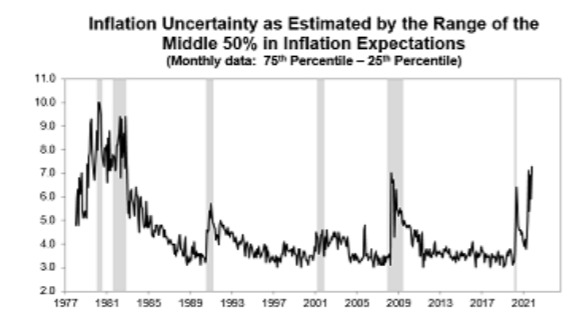 “Note that this was the first major spike in inflation uncertainty recorded outside of a recession. Even uncertainty about the long-term inflation rate was the highest in more than a decade. Declining living standards due to inflation were spontaneously mentioned by one-ofevery five households, concentrated among older and poorer households.”

More economic data will be released later this week, including the ADP Employment Report on Wednesday and Consumer Credit data on Friday.