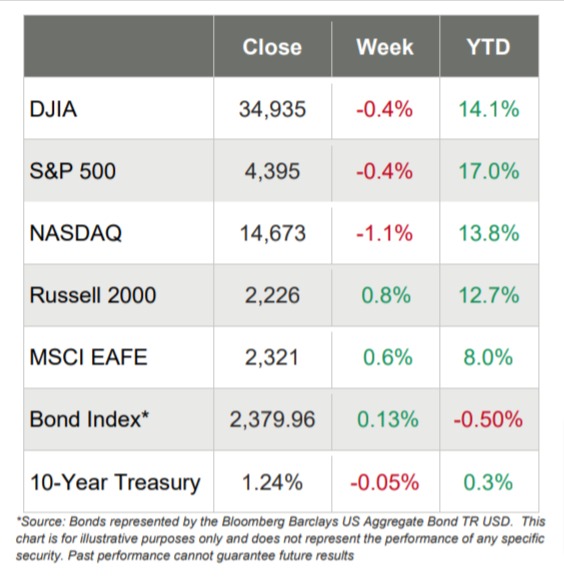 The major U.S. stock markets were mixed this week, as only the small-cap Russell 2000 advanced modestly. The other three indices all pulled back, but only after hitting record highs at the beginning of the week.

It was a surprisingly busy week with a lot of earnings reports for Wall Street to digest as 177 companies reported, but there was also a slew of economic data too, including GDP numbers which came in lower than consensus expectations. And while the disappointing GDP numbers weighed down markets, so did worries about the spreading delta variant and concerns that there might be more shutdowns that could derail the recovery.

Toward the end of the week, the Bureau of Economic Analysis reported that GDP increased at an annualized rate of 6.5% in the second quarter, which was considerably less the 8.5% expected by experts. Yes, it was the second fastest growth number since 2003, but underlying supply chain issues appear to be dampening growth.

In addition to GDP numbers, investors heard that:

On Thursday, the Bureau of Economic Analysis reported that real gross domestic product increased at an annual rate of 6.5% in the second quarter of 2021. For perspective, in the first quarter, real GDP increased 6.3%.

The increase in real GDP in the second quarter reflected increases in:

And there were decreases in:

On Tuesday, the U.S. Census Bureau announced residential vacancies and homeownership statistics for the second quarter of 2021 and the data reflected what some might interpret as a frothy housing market, especially when viewed through the lens of the last 20+ years. 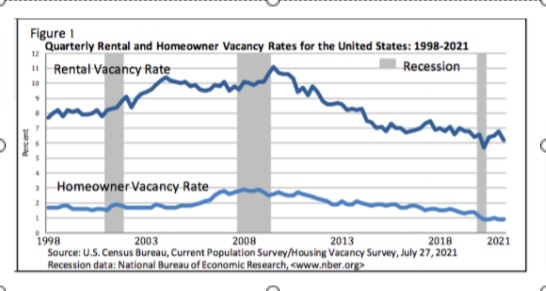 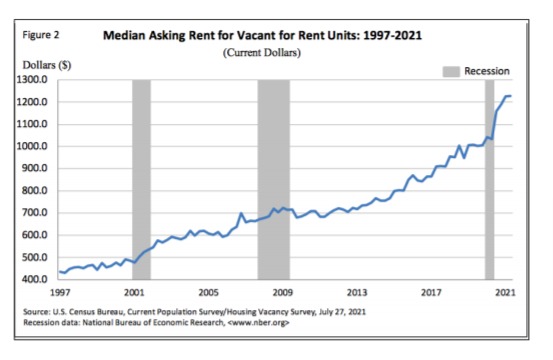 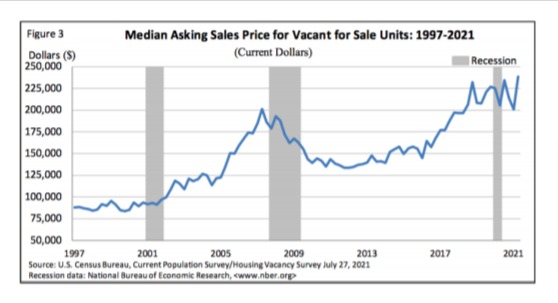