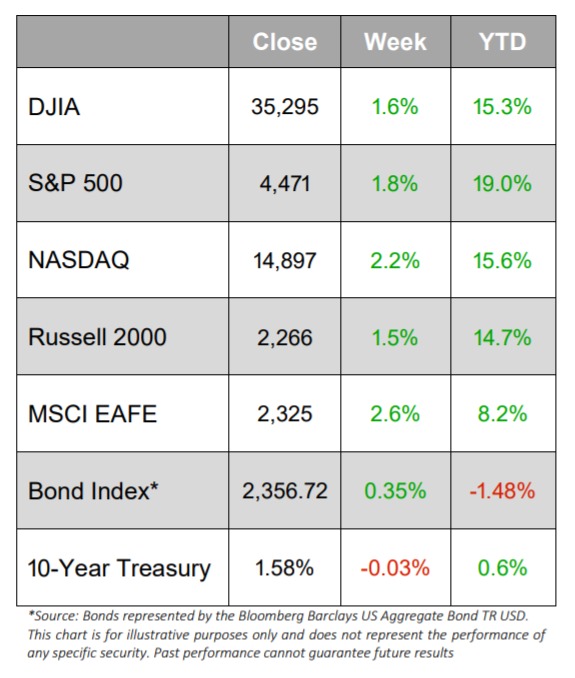 U.S. equity markets rallied from Monday’s decline to end the week with some very positive gains, including the S&P 500 posting its biggest one-day gain since March.

At the beginning of the week, it appeared as if stocks might retreat and erase some of the previous week’s gain, as worries of supply chain issues and higher oil prices seemed to dampen Wall Street’s mood. And while both of those two worries continued to dominate the week’s headlines, Wall Street turned optimistic as inflation data pressures seemed to ease a bit.

Investors also saw their spirits lifted as minutes from the Federal Reserve’s September meeting indicated that current economic data points suggest that interest rates could be justified at near-zero conditions for the next couple of years.

Depending on your perspective, one might suggest that there was a decent amount of worrisome economic data, but Wall Street seemed more fixated on the earnings reports from the Big Banks as indicative of where the markets should head.

On Wednesday, the Bureau of Labor Statistics reported that the Consumer Price Index for All Urban Consumers (CPI-U) increased 0.4% in September on a seasonally adjusted basis after rising 0.3% in August. Over the last 12 months, the all items index increased 5.4% before seasonal adjustment.

The index for all items less food and energy rose 0.2% in September, after increasing 0.1% in August.

Along with the index for shelter, the indexes for new vehicles, household furnishings and operations, and motor vehicle insurance also rose in September. The indexes for airline fares, apparel, and used cars and trucks all declined over the month. 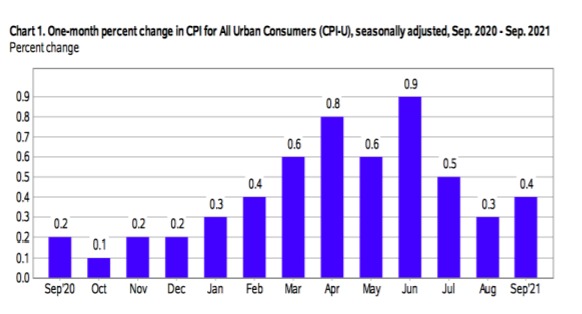 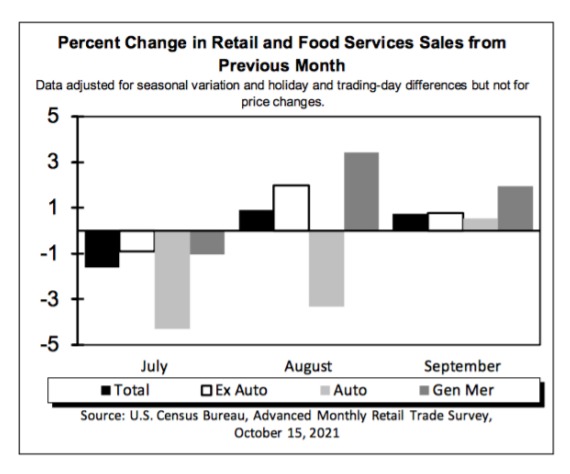 On Tuesday, the Labor Department reported that the number of job openings declined to 10.4 million on the last business day of August following a series high in July. Further: