Markets Mixed On the Week

The major U.S. equity indices ended the week mixed as Wall Street grappled with inflation worries and supply constraints on the one hand and decently strong economic data and earnings reports on the other.

Growth stocks once again trounced value stocks, helping push NASDAQ and the S&P 500 to new record highs. And interestingly, the range of returns within the S&P 500 sectors was wide, as Consumer Discretionary jumped almost 4% and Energy lost more than 5%.

The Energy sector took it on the chin as oil prices retreated more than 6% after the notion of releasing the strategic reserves in the U.S. seemed to gain momentum.

In other economic news:

Stocks around the world were mixed too, as:

Retail and Food Services Up

On November 16th, the Census Bureau reported that advance estimates of U.S. retail and food services sales for October 2021 were $638.2 billion, an increase of 1.7% from the previous month and 16.3% above October 2020.

On the same day that the Retail Sales report was released, the Census Bureau reported that the combined value of distributive trade sales and manufacturers’ shipments for September was estimated at $1,669.7 billion, up 0.9% from August 2021 and up 15.5% from September 2020. 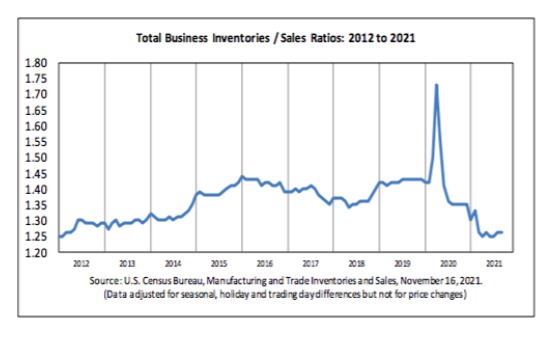 On November 17th, the U.S. Census Bureau and the U.S. Department of Housing and Urban Development jointly announced the following new residential construction statistics for October 2021: 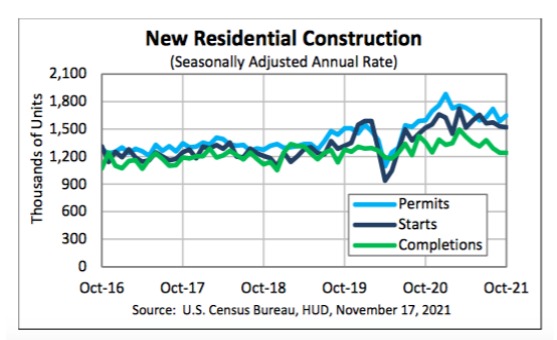