Further, about half of all Americans – 48% – are employed by small businesses, meaning almost 60 million employees in the U.S. work for a smaller company.

Small Businesses Feeling Less Optimistic
On November 9th, the National Federation of Independent Business reported that its NFIB Small Business Optimism Index dropped in October by 0.9 points to 98.2. One of the 10 Index components improved, seven declined, and two were unchanged.

Hiring Remains a Challenge
As reported by the NFIB: 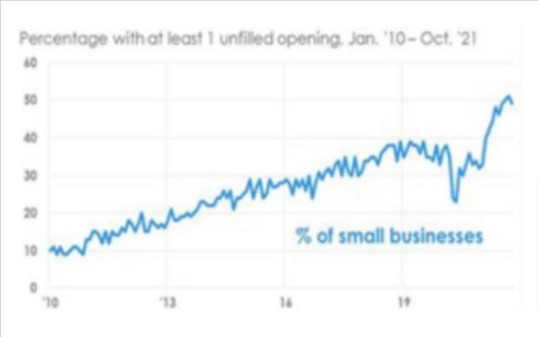 Most (56%) business reported capital outlays in the last six months, up three points from September. Of those making expenditures:

More economic data will be released later this week, including CPI data and Jobless Claims on Wednesday and Consumer Sentiment and the JOLTS Report on Friday.