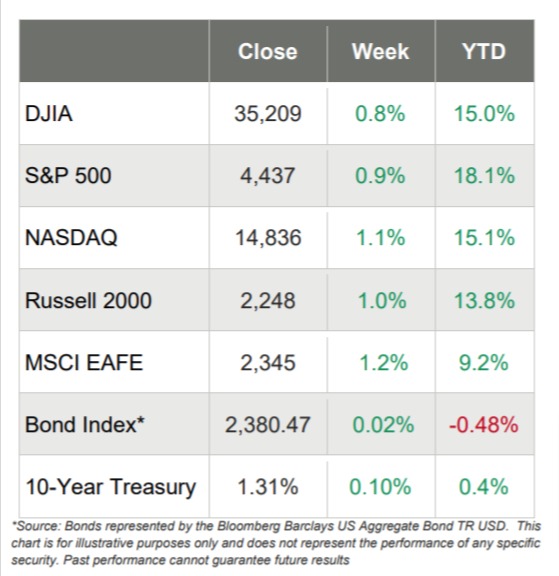 U.S. stock markets gained on the week, as the tech-laden NASDAQ, mega-cap DJIA and the large-cap S&P 500 all ended the week in record territory.

The week started off with a few worries – principally over the Delta variant and concerns that peak growth had already passed.

But as the week wore on and generally positive economic data started to trickle in, markets moved higher. Specifically, the data that was recorded included:

There was also a lot of positive earnings news too, as companies continued to beat consensus estimates by a healthy amount.

In fact, research firm FactSet reports that the S&P 500 is currently reporting the highest year-over year growth in earnings since Q4 2009. Further, FactSet reported that analysts are expecting double digit earnings growth for the second half of 2021.

As of Friday, almost 90% of companies in the S&P 500 have reported results for the second quarter and of these companies:

Wall Street generally seemed pleased that Congress unveiled the text of its infrastructure bill and it could be put to a Senate vote this weekend. The White House released the following summary of the proposal:

reported that analysts are expecting double-digit earnings growth for the second half of 2021. 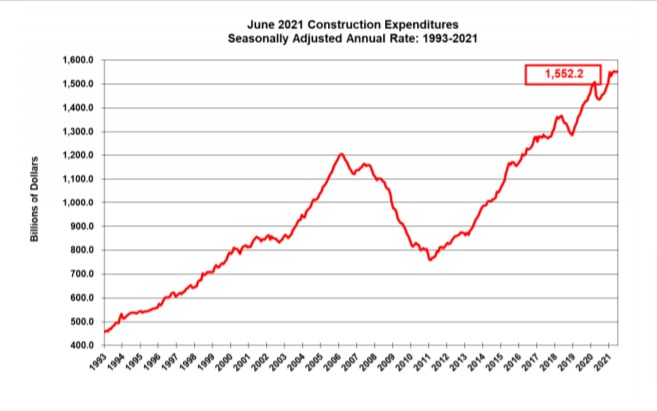