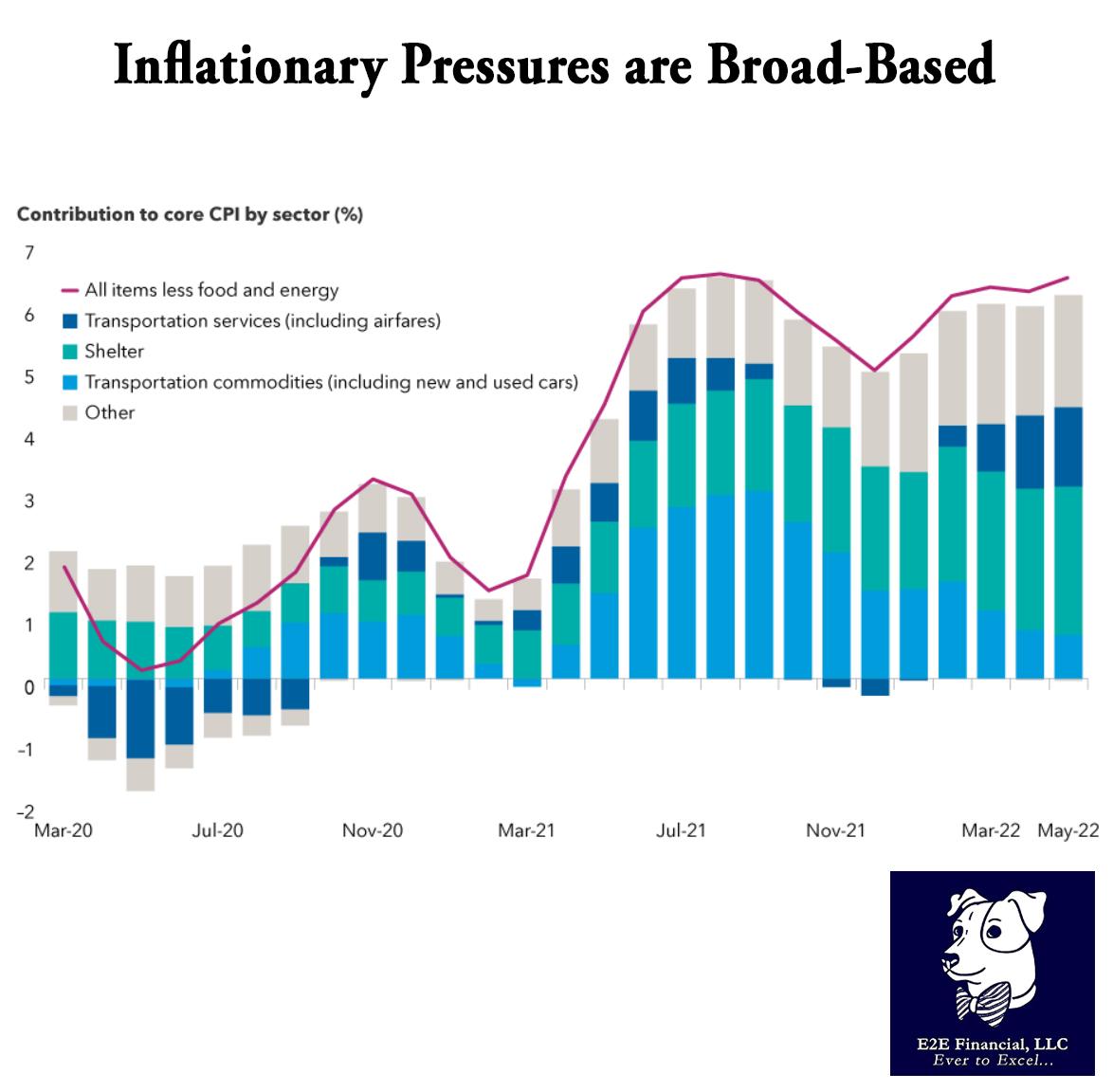 With a 75-basis-point (bps) rate hike, the biggest single move in nearly three decades, the U.S. Federal Reserve has signaled that bringing down inflation is its primary focus. The Fed moved to a more aggressive policy stance following a firmer-than-expected May consumer price index (CPI) report, which showed an 8.6% increase, driven by broad-based price pressures.

With little indication that these pressures have peaked, and a greater risk that inflation will spiral out of control, the Fed is likely to maintain an aggressive posture unless financial conditions tighten sharply.

“Clearly today’s 75 bps increase is an unusually large one, and I do not expect moves of this size to be common. From the perspective of today, either a 50 bps or a 75 bps increase seems most likely at our next meeting,” Fed Chair Jerome Powell said following the June 15 decision. The Fed’s new “dot plot,” which shows the Fed governors’ individual inflation projections, is now signaling that the federal funds rate could be 3.4% by the end of the year. The market appeared to pare back expectations on the pace of rate hikes as a result, and stocks rose immediately after the Fed’s announcement.

Notwithstanding the 75 bps rise, which brings the federal funds rate target to a range of 1.50%—1.75%, the May CPI report left little doubt that inflation is moving higher and remains the Fed’s main concern. The Fed’s latest policy statement said the committee “is strongly committed to returning inflation to its 2% objective,” while Powell said they were “acutely” attuned to inflation risks.

We’re seeing strong contributions to monthly core CPI from both goods and services, although retail spending declined in May, which could suggest demand is starting to cool. Approximately 20% of the sectors in the core CPI basket are experiencing inflation at or below the Fed’s target of 2%, compared to around 55% before the COVID-19 pandemic. Meanwhile, owners’ equivalent rent (24% of the CPI basket) is moving decisively higher, a trend that will likely persist in the coming months.

The central bank’s job is made that much more difficult because the labor market is extremely tight. Recent academic and private-sector research shows that it may be even tighter than the official data suggests because of the decline in the labor force participation rate.

Stocks remain vulnerable amid rising rates and recession risk. We recommend a long-term perspective. Have you reviewed your long-term investment plan? We are here to help. Sign up for your complementary review.

Your weekly market update is here.